Singlehanding around the Farallones in a Santana 22

Yesterday, I finally knocked off a long standing goal of sailing around the Farallon Islands in a boat I built myself. – Well, kind of, Pip was a re-build, and I motored for a good chunk of the journey, but still, I’m feeling pretty content today!

It turned out to be a fairly uneventful day. I left the dock in Sausalito at 5:30am and motored into the 4kt ebb which quickly sucked me out the gate. I figured the heavy fog would quickly lift, but by 7am I was half a mile north of the shipping channel still with only quarter mile visibility, which meant I couldn’t see approaching ships, or whether the potato patch off to my right was breaking. This was not a great place to be.

Fortunatly, iPhone to the rescue, and the MarineTraffic app and the Navionics Apps were lifesavers…. literally!

Fishing boats without AIS occasionally zipped by me, suddenly appearing out of the fog and then disappearing quickly back into it. I just hoped everyone else out there were paying attention. I was motor-sailing, although I occasionally switched the engine off, and ghosted along in the very light SW puffs. Sailing was nice and I could hear better, but I figured being a stationary object in such a busy area was worse than being a moving object, so I motored on. It was rather freaky, and I questioned my sanity for being out there, but with the current still ebbing, there was no easy way out, and besides, I knew the fog had to lift soon. 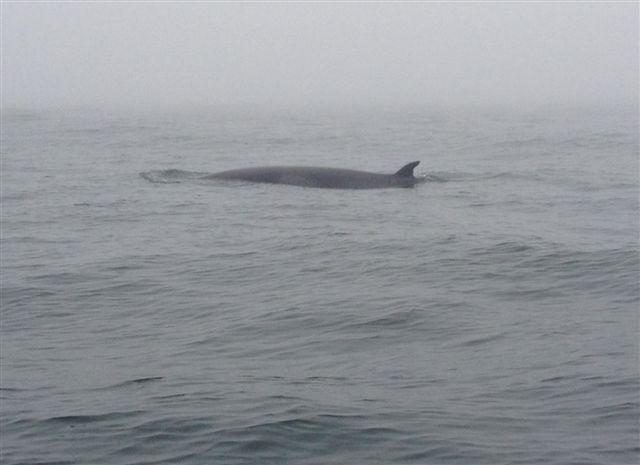 At 10:30am, I passed about a mile north of the lightship buoy, and sent off a last text to my land contact. Cellphone reception died as I left the traffic separation zone. A minke whale came up beside me, and there were also lots of porpoises along the way too. The wind started to come up and I switched off my engine and hoisted the jib. It was good to be sailing, but it was still foggy. I was over half way, and surely it had to lift soon.

At about 1:30pm the GPS told me I was 3/4 of a mile north-east of the Farallones, but I still couldn’t see it. The wind was blowing 10-15kts and occasionally some sizable swell rolled under me. I was not in the mood to sail around a dangerous pile of rocks that I couldn’t see. I tacked back east and hove to consider my options.

The north side of the Farallones is a dangerous place. A reef juts stretches north and the ocean swell can build into sizable waves. Furthermore, it’s a lee shore; so if anything goes wrong, the wind and waves are going to push you onto the rocks. This was what happened when Low Speed Chase tried to round it in a race earlier this year. The wind and waves were definitely more benign for me, but continuing on didn’t seem prudent. I felt cheated.

The east and south of the island are less scary shores, with deep water and the wind pushing you away, so I turned south and gingerly approached the east shore until the rock-pile materialized out of the fog… waves sloshing up onto a jagged shoreline. It was cool, and as I reached the south end of the island, the hill created a clearing in the fog and I was able to see houses, the crane, and smell the sweet aroma of bird poop and seal breath. Mission Accomplished. 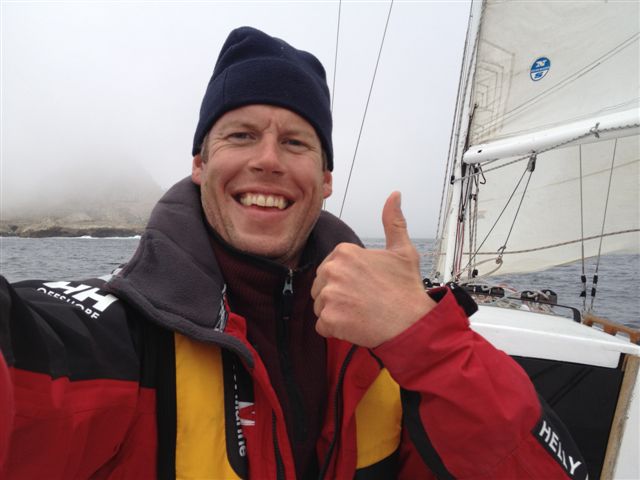 It was now 2:30, and after a few celebratory pictures and a cup of hot-chocolate, I turned east, back into the fog towards home. A good breeze carrying me along on a reach at 5-6kts. 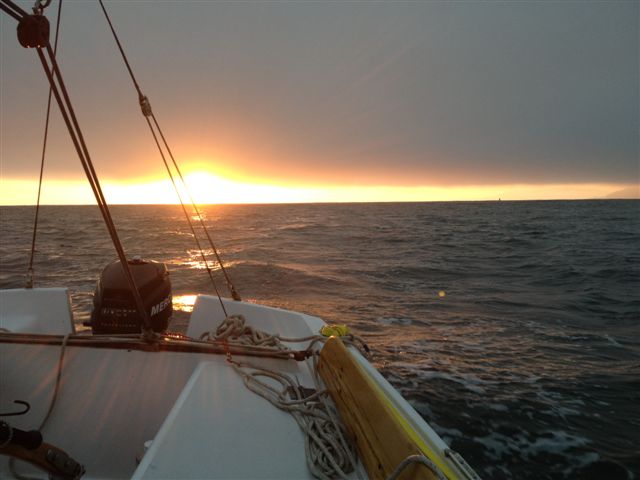 By 5pm the fog finally started to lift off the deck and visibility increased to a couple miles. I put on the autopilot, fired up the BBQ and cooked myself some sausages. By 9pm I passed back underneath the bridge, after which the skies cleared and I watched the moon rise over Angel Island. A good day. 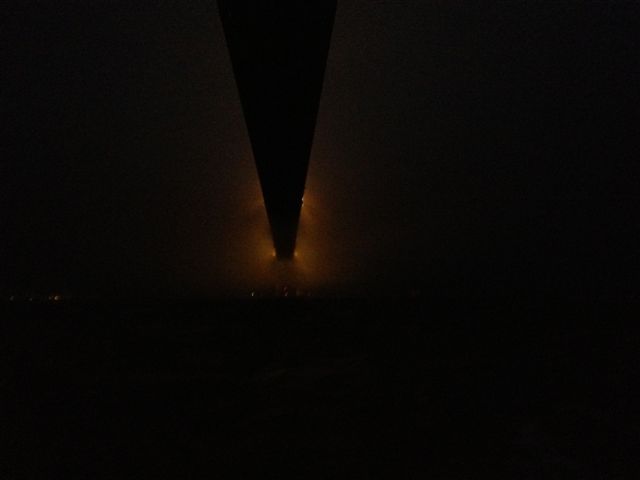 California's northern channel islands lie about 30 miles off coast, but are a world away.